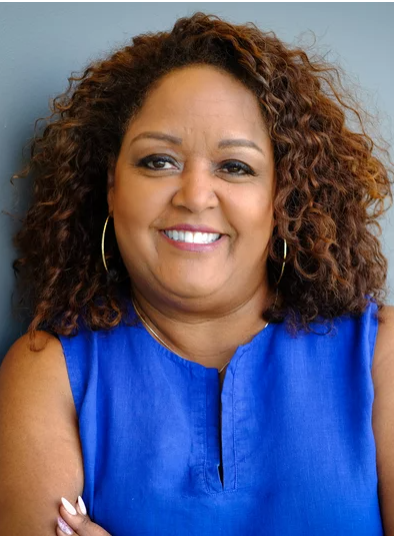 At the Post, her fearless reporting led to the prosecution and imprisonment of former Prince George's County (MD) executive Jack Johnson. Thompson has more than 25 years of newspaper reporting experience, including at The Gainesville Sun (Florida), the Los Angeles Daily News, the Chicago Tribune and The Kansas City Star. She arrived at The Washington Post in 1997, where she was a Metro Reporter and National Reporter before moving to the Investigative Unit. She also served as a White House Correspondent during part of President Obama’s first term.

Thompson did undergraduate and graduate work at the University of Illinois, Urbana-Champaign, and also has a certificate in Investigative Reporting from the Poynter Institute for Media Studies in St. Petersburg, Florida. She was an adjunct lecturer at Georgetown and Howard University and the University of Alaska-Fairbanks. Thompson has won numerous local, regional and national awards, including two Salute to Excellence awards from the National Association of Black Journalists for an examination of homicides in the nation’s capital and the shooting death of a 14-year-old boy by a D.C. police officer over a stolen minibike.

She was part of the Washington Post team that reported on a year-long series on police-involved shootings that won the 2016 Pulitzer Prize for National Reporting. In 2002, Thompson was part of a team of Washington Post reporters awarded the Pulitzer Prize for National Reporting. She also is a 2011 recipient of an Emmy Award from the National Capital Chapter of the National Academy of Television Arts and Sciences, and the Freedom of Information Medal from Investigative Reporters and Editors.

Thompson is president of the Investigative Reporters and Editors (IRE) board and became the first African American to lead the 43-year-old organization when she was elected in 2018. She is a member of the National Association of Black Journalists and was named the 2017 NABJ Educator of the Year. Professor Thompson also won the 2018 Robert and Christine Staub Faculty Excellence Award and the 2014 GW Honey Nashman Spark a Life Award for Faculty Member of the Year and serves on the board at the Fund for Investigative Journalism.

Co-author of an E-Book, Lethal Force: The True Toll of Police Shootings in America. (2016). The Washington Post.

"Racial covenants, a relic of the past, are still on the books across the country."(2021). NPR.

"Sex Offender Registries Often Fail Those They Are Designed To Protect."(2020). NPR.

“Six black girls were brutally murdered in the early ’70s. Why was this case never solved?” (2018). The Washington Post.

“Jack B. Johnson being released after five years in prison.” (2017). The Washington Post.

“Former Pr. George’s executive asks for corruption conviction to be set aside.” (2016). The Washington Post.

“Family asks for federal review of son's death after Tasering." (2015). The Washington Post.

“Fixing Baltimoreans’ relationship with police next challenge for mayor." (2015). The Washington Post.

“Dozens in D.C., Maryland paid the ultimate price for cooperating with police." (2015). The Washington Post.

“Old friends were at center of a network of public contracts." (2013). The Washington Post.

"As D.C. homicides decline, murder still a stubborn crime to solve and prosecute." (2012). The Washington Post.

"The story of two guns that killed police officers." (2010). The Washington Post.