"Framing Fatherhood" is on display at the Corcoran's Flagg Building until July 31.
June 20, 2022 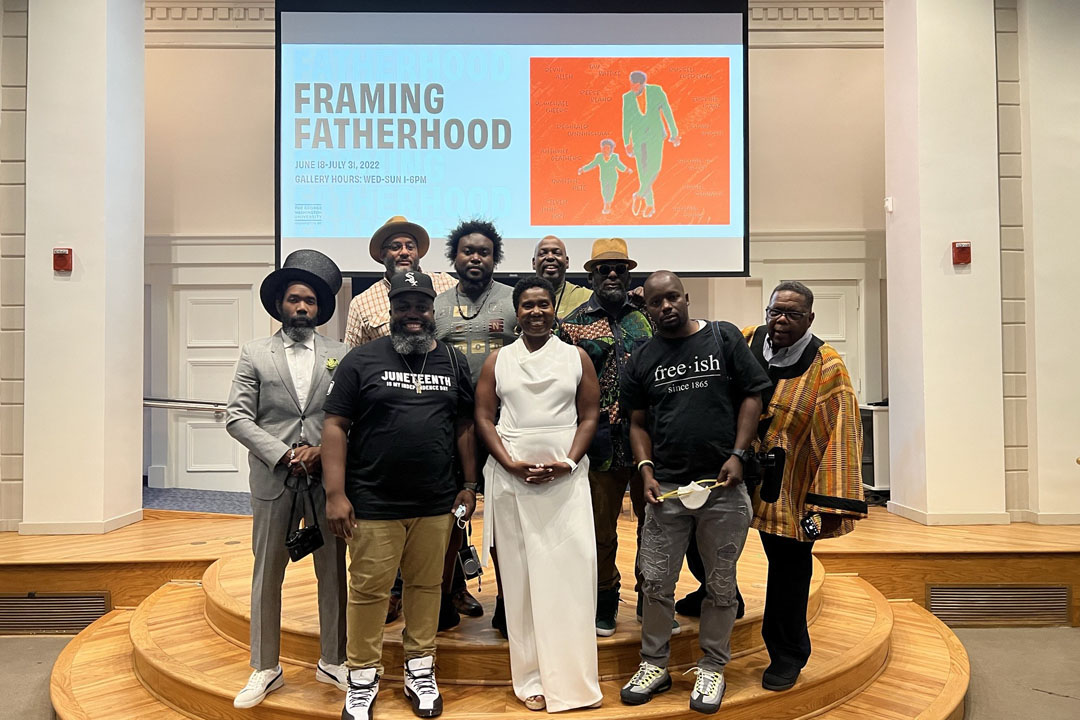 Associate Professor of Media and Public Affairs Imani M. Cheers curated a photojournalism exhibit titled, "Framing Fatherhood," a celebration of Black boyhood, manhood and fatherhood. The exhibit features portraits from 14 photographers and a documentary. "Framing Fatherhood" is an extension of the larger multi-media project, “It Takes A Village: Basics of Boyhood and Messages for Manhood,” which seeks to provide the broader public, mainstream journalists, and policymakers an understanding of digital media’s influence on public dialogue and opinion surrounding the holistic representation of Black men as boys, men, friends, fathers and partners.

The exhibit is on display at the Corcoran's Flagg building Wednesdays to Sundays from 1 – 6 PM until Sunday, July 31.

To learn more about "Framing Fatherhood," check out these featured stories: