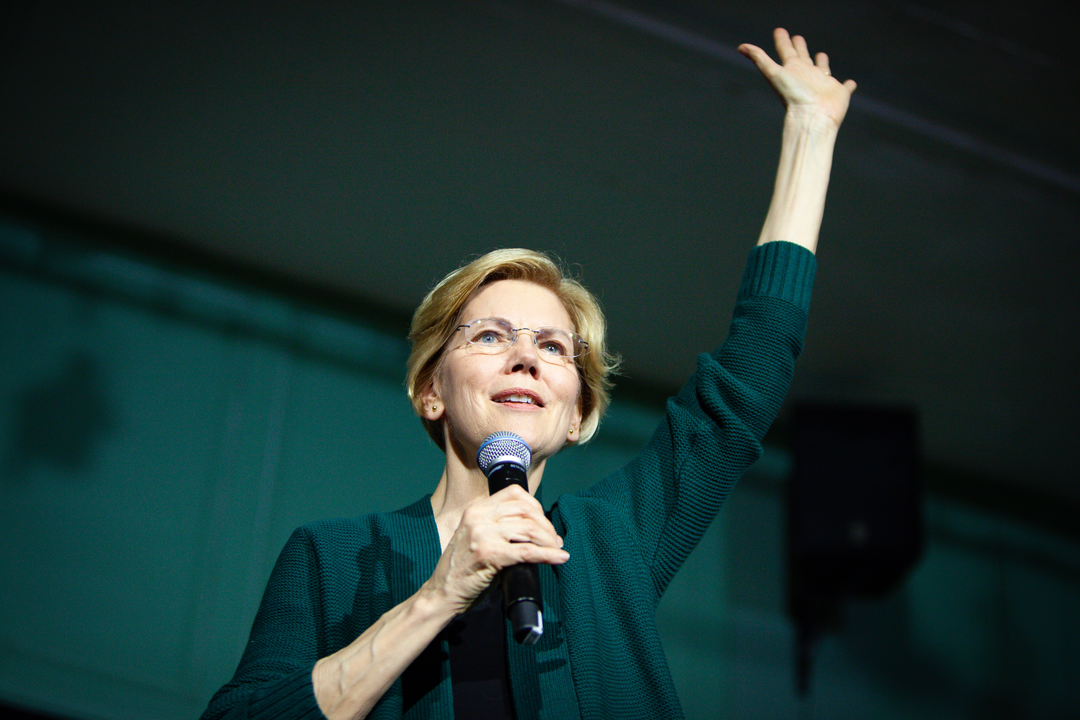 A new GW Politics Poll that went into the field just 2 days after House Democrats announced their impeachment inquiry and right before Bernie Sanders' heart attack, suggests that Elizabeth Warren is taking the lead among Democrats. The Massachusetts senator leads the field with 28 percent of the vote forcing Joe Biden and Bernie Sanders to play catch-up.

Just ahead of the fourth Democratic debate, Warren's image seems to be revolving and she is now gaining support not just from the "very liberal" democrats but the"liberal" democrats as well. The most reassuring finding for Warren was that she would be their top second choice if their first choice dropped out of the race.

These recent numbers seem favorable for Warren especially as Biden is entangled in the Trump-Ukraine drama and Sanders is dealing with health issues.

The survey, conducted by YouGov, interviewed 1200 Americans and went into the field Sept. 26, two days after House Democrats announced their impeachment inquiry and was completed Sept. 30. As a result, respondents were probably aware of Biden’s entanglement with Trump and Ukraine, but didn’t know about Sanders’s heart attack, which was revealed after the poll ended.