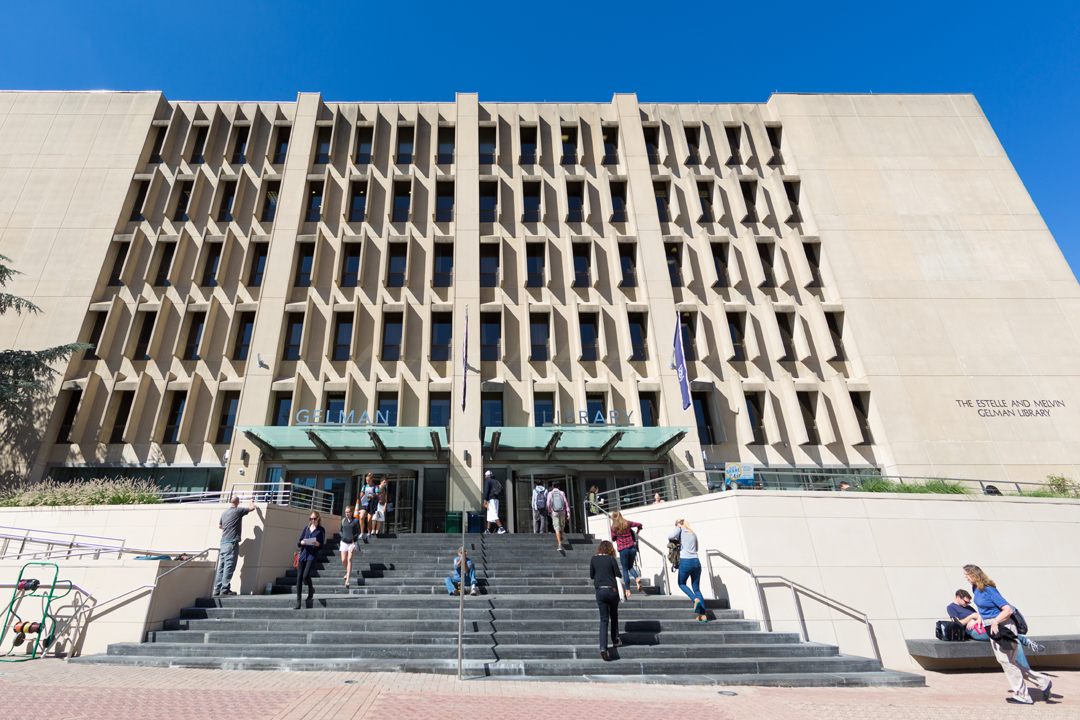 MEDIA CONTACTS:
Jason Shevrin: [email protected], 202-994-5631
Maralee Csellar: [email protected], 202-994-6460
WASHINGTON (May 3, 2019)—The Special Collections Research Center at the George Washington University’s Estelle and Melvin Gelman Library received a collection of correspondence and other documents from the family and friends of Walter R. Roberts (1916-2014), a pioneer in the field of U.S. public diplomacy.
Dr. Roberts’ 42-year career was dedicated to the advancement of public diplomacy through the creation of Voice of America in 1942, his diplomatic assignments, his presidential appointment to the U.S. Advisory Commission on Public Diplomacy and his 10 years of teaching at GW.
The Roberts collection includes published and unpublished writings, German-language scripts of his broadcasts in the Austrian unit of the Voice of America from 1946-1950 and correspondence with U.S. government officials, diplomats, lawmakers and prominent educators, journalists and civil society activists during the last half of the 20th century.
Dr. Roberts’ papers contain records of the so-called “Stanton Panel” on International Information, Education and Cultural Relations, along with presidential commission reports and congressional hearings on public diplomacy. They document the activities of the U.S. Advisory Commission on Public Diplomacy, the Public Diplomacy Foundation and the Public Diplomacy Council during the years Dr. Roberts held leadership positions in these organizations, and contain correspondence, research files, writings and photographs documenting his professional associations with GW and Georgetown University.
Janet Steele, the director of GW’s Institute for Public Diplomacy and Global Communication, which is partly funded by the Walter Roberts Endowment, said, “These documents are an important addition to Gelman’s collection, and will be of use not only to students and practitioners of public diplomacy, but also historians and other scholars who are seeking insight into 20th century diplomatic history.”
-GW-