Nina Seavey Stepping Down as Director of The Documentary Center 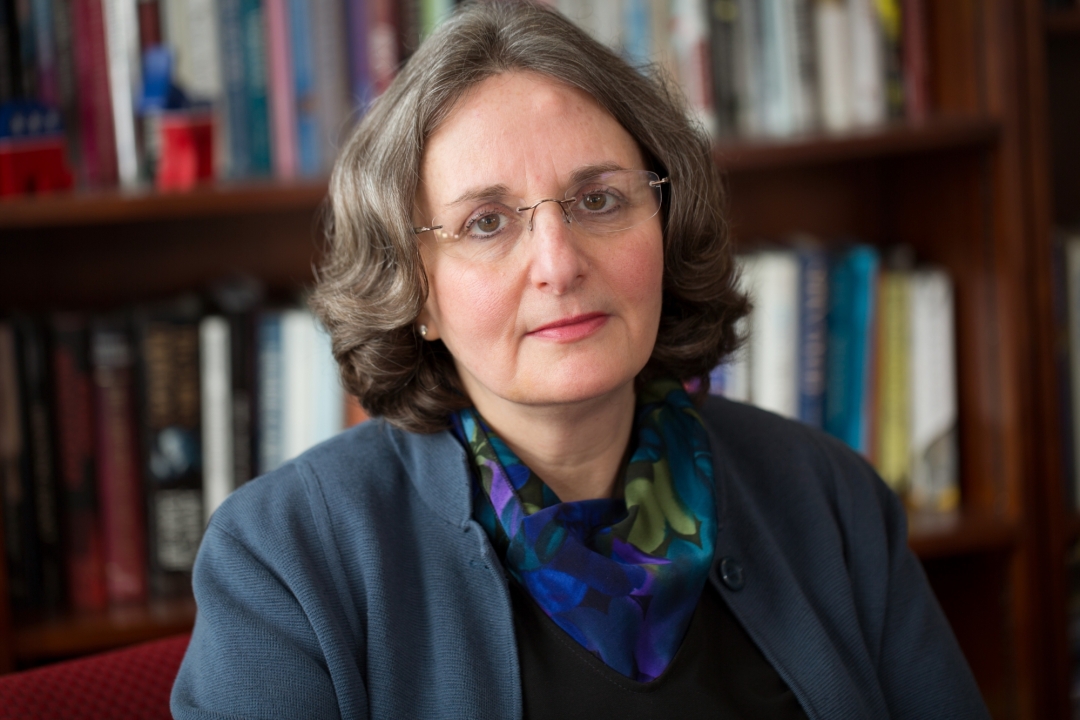 After 30 years as Founder and Director of the Documentary Center, Nina Seavey will be stepping down. She has written a note to the SMPA community.

Last night when I came home from teaching my first class of the semester, I asked my husband, Ormond, who is a Professor in the English Department here at GW, how his day had gone. He said, “It was wonderful. I was prepping my class to teach Huckleberry Finn tomorrow. It’s as if they are paying me to eat dessert.”  I know that feeling of being so hopelessly in love with what you are doing you can barely believe it’s actually called, “work.” I believe that I have found that passion for the next step of my career, and so I’m going to pursue that “work” with all of the commitment and gusto that it is going to require.

Therefore, after 30 years as Founder and Director of the Documentary Center, I am stepping down. 30 years. Wow. That’s a really long time.

And what an amazing journey it has been. We were inaugurated on October 26, 1990, in an event in the Marvin Center Ballroom headlined with a keynote address by the famed filmmaker Henry Hampton, producer of Eyes on the Prize.  In his booming basso, he implored me and the other storytellers in the room to do one thing: “Lead!”  It wasn’t so much a suggestion, as it was an edict, a call to action.  And one I have taken to heart every day for the past three decades.

I have done my best to follow Henry’s mandate:  We grew from what was known initially as The Center for History in the Media, run out of a small room in Phillips Hall, into The Documentary Center which is housed in the midst of the stunning production facilities in SMPA.  We grew from a small five-week summer program into our world-renown Institute for Documentary Filmmaking, a unique six-month documentary certificate program that has launched the careers of over 450 emerging non-fiction storytellers.  The films they have made at the Center continue, over the years, to win awards, play in festivals, and inspire their own journeys as documentarians.

The Documentary Center has been the production unit for my own work. It is an eclectic array reflecting the breadth of my own curiosity about the world with films such as A Paralyzing Fear: The Story of Polio in America to The Ballad of Bering Strait to The Matador to 4th & GOAL  to Parables of War, among others; a total of eight films that I produced and directed and another fifteen for which I was a central creative participant; all which proudly bear the name, The Documentary Center, GWU.

The result of our endeavors has been noteworthy. Our efforts have raised over $8 million in new, generated, revenue for the university. Our accolades, which include 5 Emmy nominations (one statue awarded) and 39 other national and international awards, all of which stand as a symbol of our commitment to excellence. Our 450 alums continue as our ambassadors of change by telling stories that open the hearts and minds of audiences across the globe.

But perhaps all of these achievements pale in comparison to what GW has meant for me in what has been my own metamorphosis as a human being. I began my career at GW as a graduate student in the Department of History.  The relationship with my husband grew in the corridors between Lisner and Stuart Halls. Our three children were all born at the (old) GW hospital. Our two sons were Bar Mitzvahed at Hillel.  When the time came all three children were undergraduates in the Elliot School and the College of Arts and Sciences and our youngest son graduated from GW’s medical school.  This is an entire “universe” of engagement in the best sense of a “university”:  I am a GW alumna, a member of the GW faculty, and perhaps best of all, a “GW Mom.”

So the past thirty years are a robust legacy of the creation of a community of family and a family of storytellers. And that endeavor will not end. For myself, I am pivoting into allied, but uncharted territory for me:  podcasting. I have signed my new project My Fugitive to the powerhouse of podcasting: Pineapple Street Studios in NYC. I am beyond excited to do something I have never done before and to explore what I consider the infinite possibilities of storytelling with the support and leadership of top professionals in the field in the production of a 10-part series that is set for release in 2020-2021.

I will not be leaving GW entirely.  I will continue in my ongoing capacity as Executive Producer of the Bicentennial Videos as the university approaches its all-important 200th Birthday.  And I will continue to be involved, always on speed-dial, in the transition to whatever the SMPA faculty decides is the next step for The Documentary Center, so that we may continue, as Henry Hampton so stridently dared us to do 30 years ago . . . Lead.