SMPA is thrilled to announce two new faculty members that will join the team this fall; Efrat Nechushtai and Jesse J. Holland!
June 12, 2020 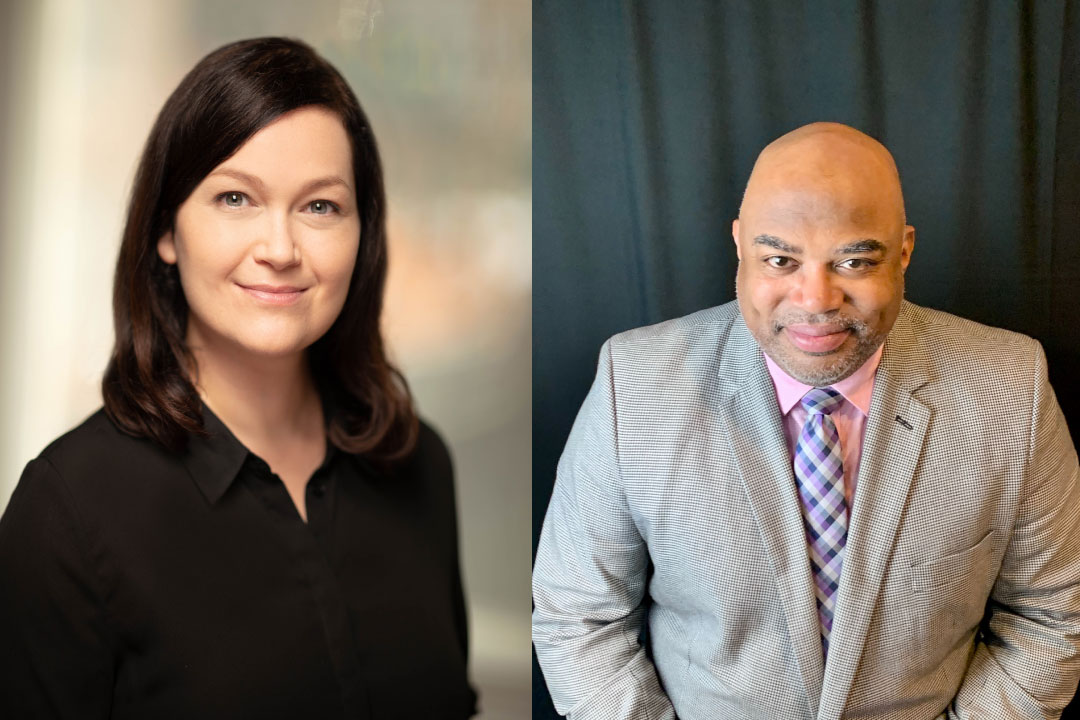 SMPA is thrilled to announce two new faculty members that will join the team this fall;  Efrat Nechushtai and Jesse J. Holland! They both bring extensive knowledge to SMPA that will help students gain the critical skills they need in journalism.

Dr. Nechushtai received her Ph.D.from the Columbia Journalism school this past April and she is a Knight News Innovation Fellow at the Tow Center for Digital Journalism and an Andrew Wellington Cordier Teaching Fellow at the Columbia School of International and Public Affairs. Her research focuses on the impact of platformization and political polarization on journalism, both in the United States and internationally.

Beginning this fall, Dr. Nechushtai will be bringing her experience as a professional journalist, working as an editor and staff writer for Haaretz, into the classroom by helping students understand the challenges they might face in the media today. She has published qualitative and quantitative pieces in journals such as Journalism, The International Journal of Press/Politics, Computers in Human Behavior, Journalism Studies, and Information & Culture and you can find more of her work on her Google Scholar page.

“ SMPA is one of the country’s leading hubs for research, teaching, and public engagement on media and public affairs, and I am thrilled to become a part of this community. I could not be more excited to join the school’s outstanding faculty in educating the next generation of leaders in media, and I look forward to engaging SMPA students in cutting-edge projects on the future of news, digital journalism, and news and democracy in the US and worldwide.”

Jesse J. Holland is coming to SMPA as an award-winning journalist, author, and television personality. He is currently serving as a Distinguished Visiting Scholar In Residence at the John W. Kluge Center of the Library of Congress and weekend host for C-SPAN Washington Journal. This comes after a quarter-century of working for The Associated Press as a White House, Supreme Court, and Congressional reporter, and most recently as a Race & Ethnicity Reporter. He is a graduate of the University of Mississippi and is a Saturday host for C-SPAN Washington Journal.

Mr. Holland is the author of the best-selling Black Men Built the Capitol: Discovering African American History In and Around Washington, D.C. on the slaves that built the U.S. Capitol and The Invisibles: The Untold Story of African American Slaves in the White House; the latter was honored at the Independent Publisher Book Awards and by Smithsonian.com. He is also the author of Black Panther: Who Is the Black Panther?, the novel Marvel Entertainment commissioned for the hit Black Panther film. He has been working on a book about the life and times of the lost African American town of Freedmen’s Village, a settlement of freed slaves that sat on parts of what is now Arlington National Cemetery outside of Washington, D.C. and how it helped shape race relations in the nation’s capital. Mr. Holland's journalistic experience, as well as his research and writing on race in America, comes at an especially important time as the country - and those of who study and practice journalism - confront systemic racism and the growing Black Lives Matter movement.

“ I’m honored to become a part of one of the best journalism programs in the nation. I’m hoping my years of experience in print and television will be useful to our SPMA students and I look forward to learning with my students and colleagues as we all strive to perfect this noble industry of ours."

Mr. Holland served as the visiting distinguished professor of ethics in journalism at the University of Arkansas, and currently teaches journalism ethics at Georgetown University’s School of Continuing Studies and New York University, along with teaching creative nonfiction at Goucher College. He earned a bachelor’s degree from the University of Mississippi, a master’s degree from Goucher College, and was awarded a doctorate of humane letters from LeMoyne-Owen College.

"We are thrilled to have Efrat Nechushtai and Jesse J. Holland join the SMPA team this fall! Their experience, perspecitive and expertise are so important right now for our students as we continue to see the vast changes in journalism and the media as it relates to politics.