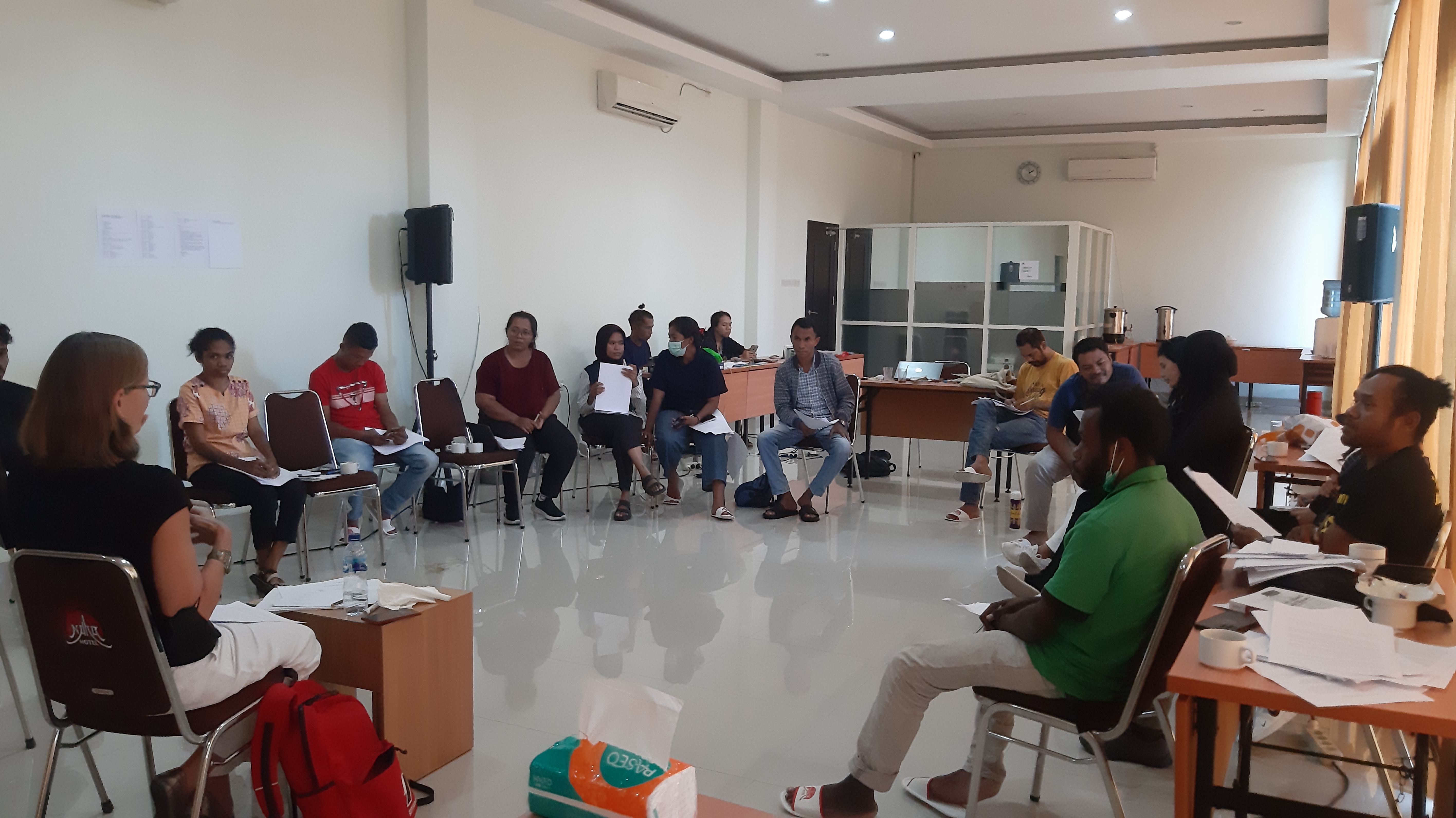 Janet Steele, professor of media and public affairs and international affairs and former director of the Institute for Public Diplomacy and Global Communication, started an intensive workshop on community reporting in Indonesia last month.

“We are using narrative journalism as a means of talking about good journalism in general, while at the same time focusing on content that emphasizes human rights and freedom of expression,” Dr. Steele said.

The program works in partnership with Yayasan Pantau, an Indonesian organization dedicated to improving journalism practices through research and training, and is open to journalism students, young journalists and human rights activists who are responsible for their organization’s communication strategies.

The Narrative Journalism Tour aims to increase ethnic and religious tolerance in Indonesia through hands-on practice in community reporting in areas of the country that lack access to inclusive journalism training.

“It has taken a huge amount of work to get this organized across twelve time zones -- IPDGC has been involved, as well as CCAS's grants team and of course Pantau itself --  but the payoff is equally big,” Dr. Steele said.  “We are doing these workshops in places that seldom if ever get quality training. Our participants are a mix of young journalists and activists who want to improve their communication skills.”

Dr. Steele has previously conducted research in Southeast Asia, particularly in Jakarta, Indonesia for her previous two Fulbright awards in 1997 and 2005. She examined journalism practices of Muslim professionals at news outlets in Malaysia and Indonesia in her latest book, “Mediating Islam Cosmopolitan Journalisms in Muslim Southeast Asia” (University of Washington Press, 2018). Prior to beginning the workshop in Indonesia, Dr. Steele spent seven months in Serbia researching different models of international media assistance after receiving her third Fulbright award.

“For me it is a challenge to teach entirely in Indonesian, and I always joke that after five hours my Indonesian is "sudah habis" (has completely run out), but so far so good,” Dr. Steele said.