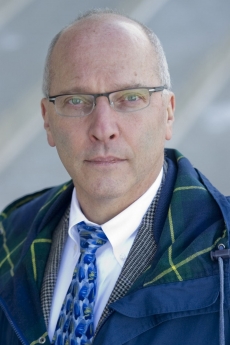 Thom Shanker was named director of the Project for Media and National Security in June 2021, after a nearly quarter-century career with The New York Times, including 13 years as Pentagon correspondent covering the Department of Defense, overseas combat operations and national security policy.

Early in the war in Afghanistan, Mr. Shanker embedded with Army Special Forces at Kandahar. He subsequently conducted dozens of reporting trips to Afghanistan and Iraq, and embedded in the field with units from the squad and company level through battalion, brigade, division and corps.

Most recently, he had served as Deputy Washington Editor for The Times, managing coverage of the military, diplomacy and veterans’ affairs.

Before joining The Times, he was foreign editor of The Chicago Tribune. Mr. Shanker also served as The Tribune's senior European correspondent, based in Berlin. Most of that time was spent covering the wars in former Yugoslavia, where Mr. Shanker was the first reporter to uncover and write about the Serb campaign of systematic mass rape of Muslim women.

He spent five years as The Tribune's Moscow correspondent, covering the start of the Gorbachev era to the death of the Soviet Union and the collapse of the communist empire in Eastern Europe.